In our workshop we usually carry out paper projects, either designed by us or ordered by others who hire our printing services. And sometimes we receive visits in our studio which bring us great printing projects that first make our eyes shine and then the sense of touch and even smell burst, that’s what happened on the day when Estudio Novo brought a red suitcase full of ancient alloys and worn out wood to value their state and make some cards. We could not imagine that suitcase was just a small part of what the successor to a long coffee making family has kept generation after generation since the early twentieth century.

That work was carried out during the months of June and July 2013 and was just a small part of the design and decoration work which Estudio Novo from Zaragoza was going to carry out for the opening of the Coffee Shop “The Criollo” ( C / Canfranc, 5 Zaragoza ). A few weeks ago we popped over to taste the wonderful roast coffee they offer and take some pictures of the place and the originals that had been passing by our studio for over a month.

Below we show a selection of pictures of the place and tell you a little more about the work process, also narrated in images. 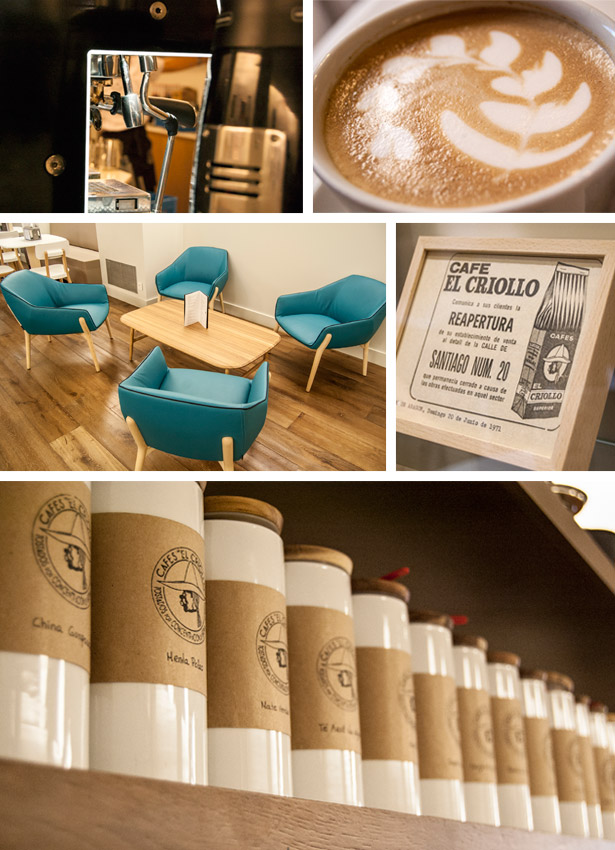 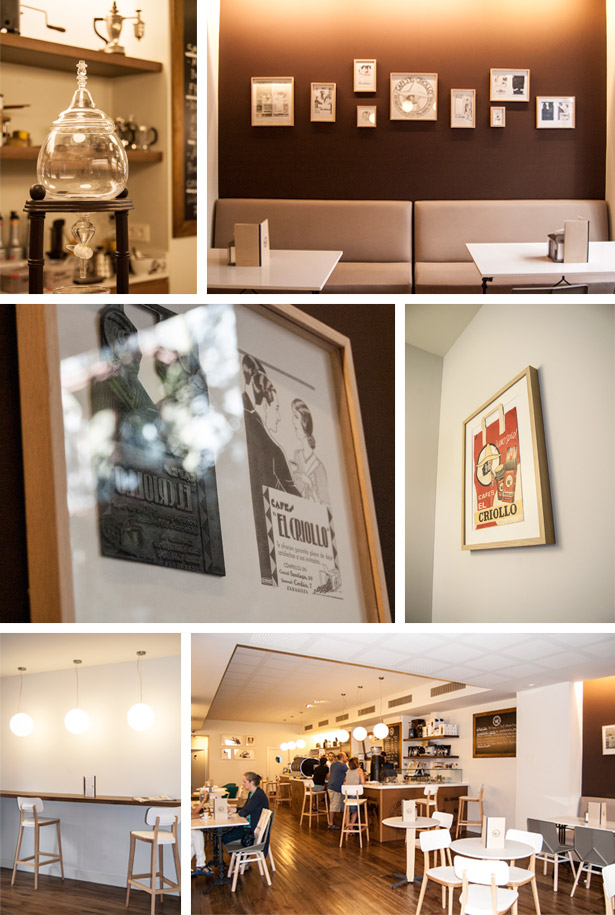 Novo’s idea was to make a selection of engravings for their exhibition and a small print run of some of them. The work process was quite slow, because of the delicacy of the parts that had to be cleaned and prepared before the print run and most of the engravings were printed out in one color: coffee, of course… And what would it be, if not?

Once the parts were chosen and cleaned, Novo suggested framing some of the original engravings with the print, reserving a space in them for coloring of the pieces. So that the customers wouldl realize the importance of each of the prints displayed. 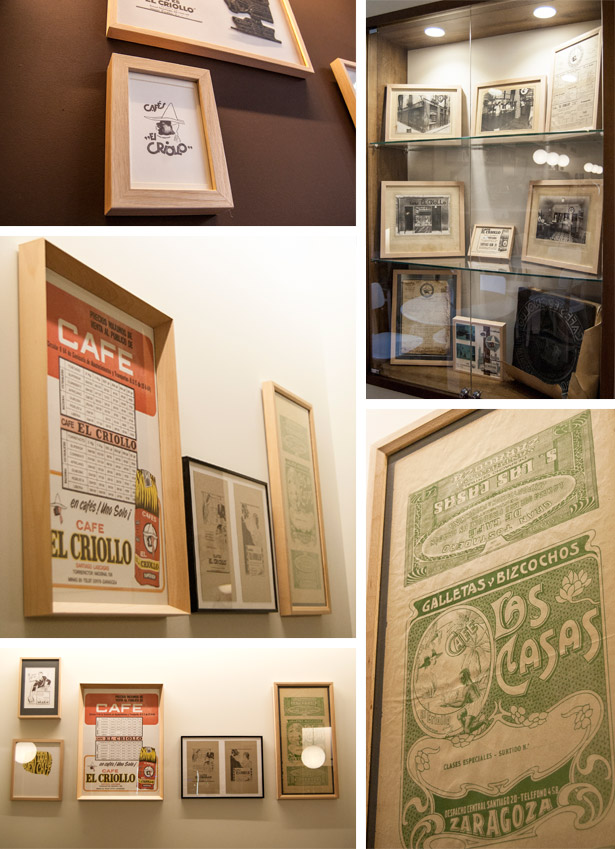 This is like when you leave the best food on your plate for the final, we kept “the pearl” of a red suitcase… A great plank of prices printed in 1964 in three colors which we made from a paper bag of the time and it’s also displayed in the cafe “El Criollo” and can be seen on the top of this post as well. It wasn’t easy to get the emphatic print finish our client was looking for without printing the screw heads which join the cliché with the wooden block on which they were mounted. This exaggerated printing effect that we like so much wasn’t considered as good printing finish at that time and what’s more is considered to be proper contemporary letterpress printing finish.

That is to say, we went mad trying to be halfway between one century and the other but had such a great time!!! 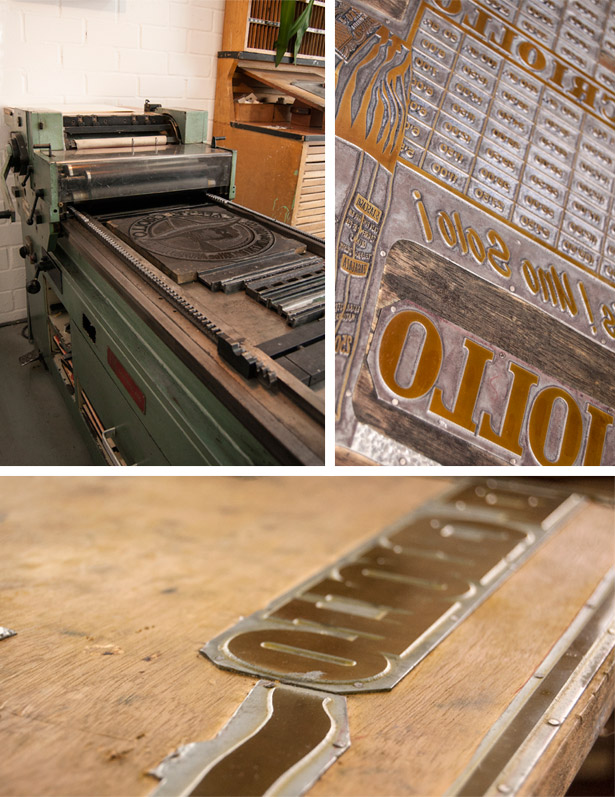 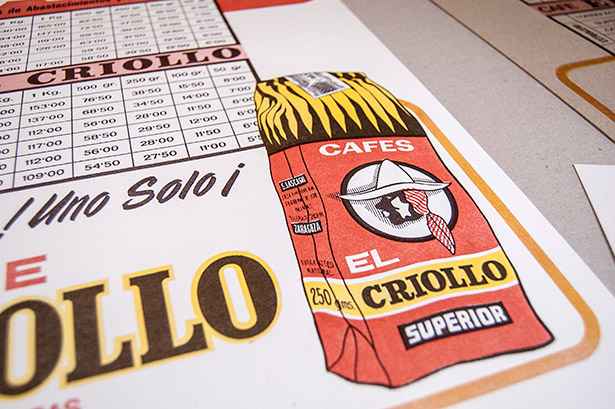 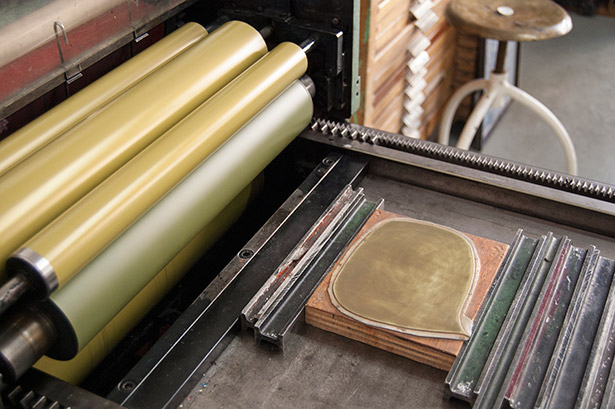 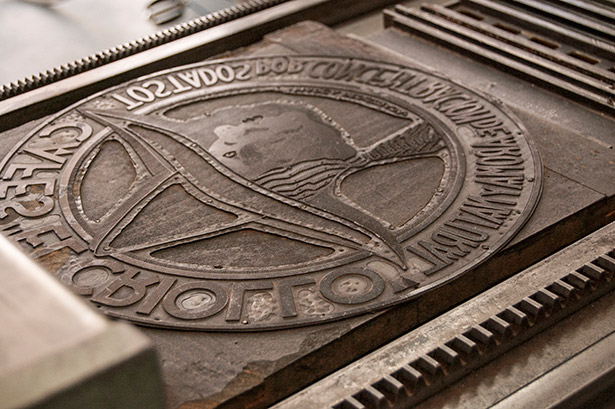 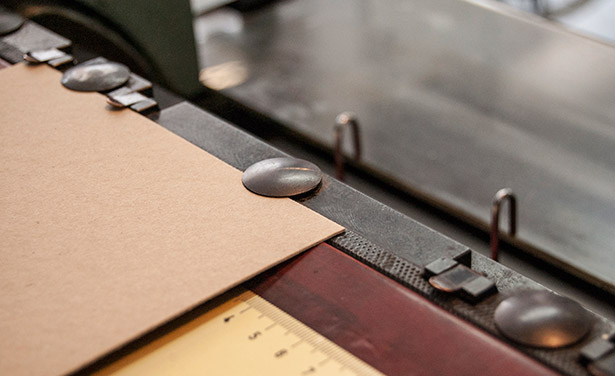 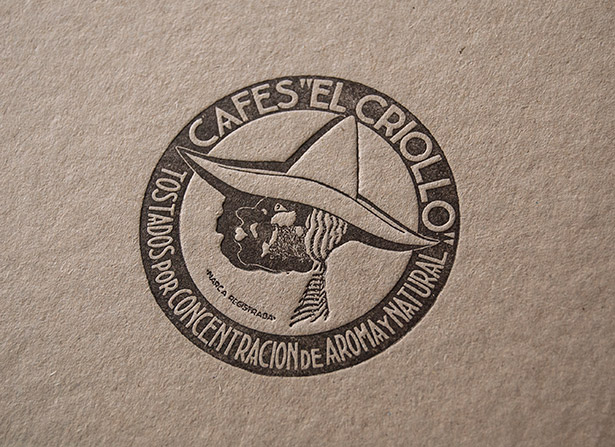 On the following pictures you can see part of the historic parade of Cafés “El Criollo” in form of large and small format prints, as well as a photograph of an ancient establishment which the coffee-making family “El Criollo” run last century. A real wonder!

Besides printing the originals from the engravings kept by the family founder of” El Criollo”, we printed the cover of the menu with coffee specialties and cakes and we also made a stamped seal for printing bags, cards and decorating containers to keep different types of coffee in. What a pleasure to work by the hand of Estudio Novo. Many thanks for letting us be a part!!! 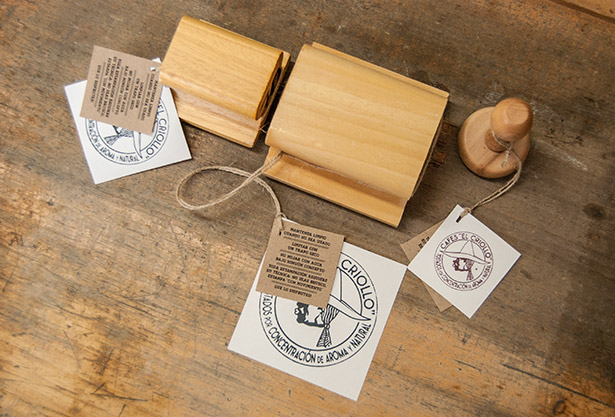